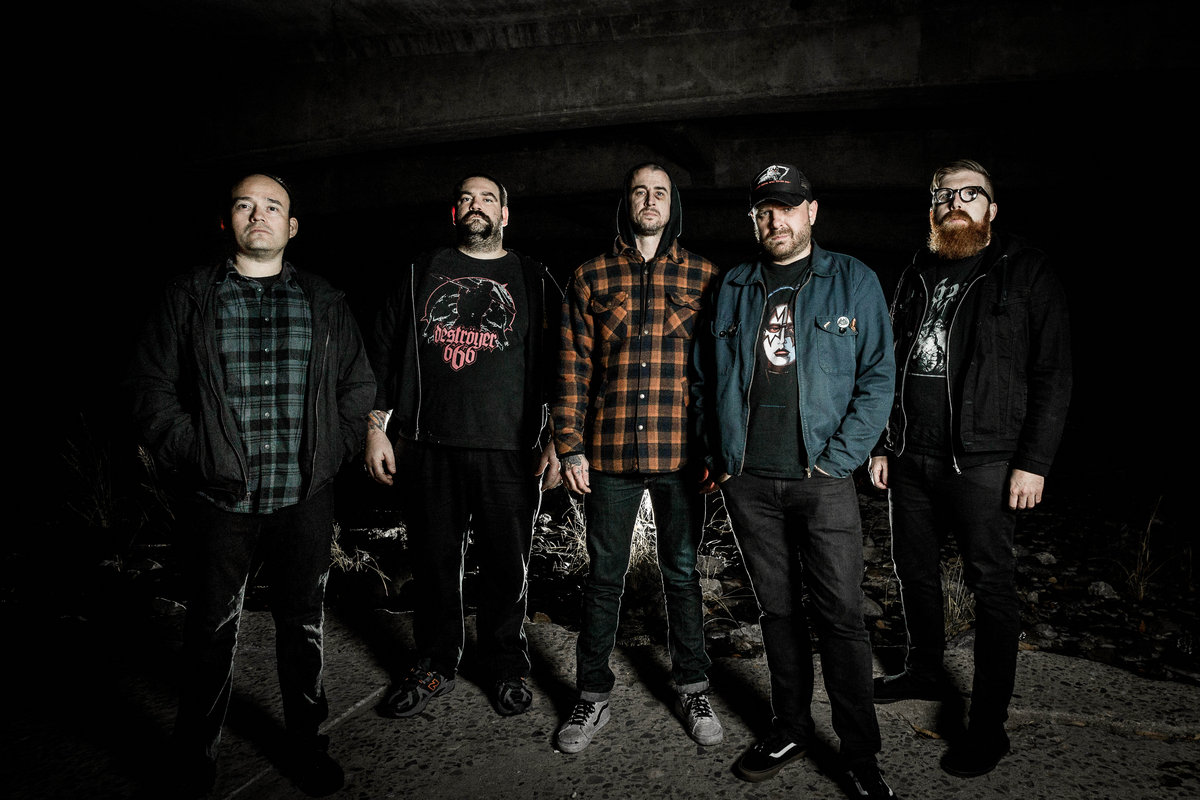 As Southern California extreme metal force SEVEN SISTERS OF SLEEP readies its third full-length Ezekiel’s Hags for release this week, Decibel Magazine has premiered a full stream of the entire tumultuous album. Hear Ezekiel’s Hags in its entirety at THIS LOCATION.
The unnerving occult video for the album’s “War Master” can also be streamed below:
Ezekiel’s Hags is indisputably SEVEN SISTERS OF SLEEP‘s most ambitious and meticulously-crafted material to date. Delivering a venomous mixture of violent, doom-ridden madness with a severe beckoning to the occult, the quintet has forged a monolithic album that transcends solitary genre classification without rewriting the rules. Recorded with engineer Paul Miner (Motörhead, Terror, Phobia), Ezekiel’s Hags bears fifty minutes of new material through eleven relentless songs that beat the listener into oblivion. Chock full of tortured vocals, gigantic riffs, and thunderous drums, this is music as vile as it can be.
Ezekiel’s Hags will see worldwide release through Relapse on CD, 2xLP and digital platforms this Friday, February 5th, 2016. Digital preorders are available via the band’s Bandcamp page HERE. Physical preorders, including limited merch bundles, can be purchased via Relapse.com HERE.
SEVEN SISTERS OF SLEEP will also be performing with Coffins and Noothgrush in Glendale, California on February 16th for the Ezekiel’s Hags record release show. Additional tour dates will be declared at a later date.
SEVEN SISTERS OF SLEEP Live:
Feb 16 Glendale, CA The Complex with Coffins, Noothgrush
In an early premiere of Ezekiel’s Hags‘ first single, “Gutter,” Spin dubbed the track, “a cannonball of sludge and double-kick, whose unexpectedly ambient outro is just as unnerving as the blood-curdling wails from singer Tim McAlary that precede it,” and reported, “the album is one of the early year’s most pummeling and cathartic releases.” Longtime band-supporting webzine Lambgoat issued, “the Southern California band is one of the heaviest things out there. Part death metal, part grind, part doom, and part black metal, SEVEN SISTERS OF SLEEP leave a path of sonic annihilation in their wake.” Cvlt Nation’s track premiere of “War Master” said, “their sonic offerings have only gotten more depraved! We are stoked to see how far this band has come – they are getting some well-deserved recognition.” And No Clean Singing’s detailed track-by-track breakdown of the album praises, “The album concludes with the 10-minute monstrosity that is ‘Bastard Son’, a shamelessly epic and unrepentant consummation of all that the band have done thus far, which attempts to thread together all their influences – from sludge to doom to drone to hardcore to grind to death metal – into one coherent amalgamation of humongous riffs, gut-rumbling bass lines, pulse-pounding drum work, and harrowing, uncompromising vocals, building and building towards a truly frenzied climax, which serves to give the album the brutal send-off it richly deserves.”
Seven Sisters Of Sleep on Facebook
Seven Sisters Of Sleep on Bandcamp
Seven Sisters Of Sleep on Instagram
Seven Sisters Of Sleep on Twitter