Legendary UK crust/thrash pioneers SACRILEGE have shared a new music video taken from the remastered reissue of their 1985 classic Behind The Realms of Madness. The song, “Feed”, is a bonus track on the reissue and the band’s first new recording in over 25 years. The music video, which has premiered via Metal Injection, features the band performing the track in the studio in all its visceral heavy metal glory. Stream the video AT THIS LOCATION.

Now fully remastered by Brad Boatright (Sleep, Hooded Menace, Obituary) with seven previously unreleased bonus tracks and expanded art and liner notes, the Relapse reissue of Behind The Realms of Madness (due out November 13) is the first-ever authorized reissue of SACRILEGE‘s landmark debut. Behind The Realms of Madness is available for physical preorder via Relapse HERE and digitally via Bandcamp HERE.

Sometimes the greatest gems lay undiscovered. The primarily-underground recognition the UK’s SACRILEGE h​as experienced stays true to the band’s spirit, but belies the group’s uniqueness and international importance. Founded in Birmingham in 1984 by guitarist Damian Thompson and vocalist Lynda “Tam” Simpson, the female­fronted crust/punk/metal pioneers set a worldwide underground standard for heavy music with their unique blend of hardcore punk and metal. Unlike most bands from either camp, S​ACRILEGE’​s compositional approach focused on weaving radical politics (themes such as corruption, inequality, poverty, nuclear war) into metaphorical and intricate lyrical stories, blending the rebellious spirit of punk with the complexity and rich fantastical imagination of metal.

SACRILEGE‘​s 1985 debut album B​ehind The Realms of Madness g​arnered no small acclaim at the time of its release, but has since been heralded as a classic of the era and as a release that was far ahead of its time; artists like Bolt Thrower and Napalm Death have even cited the album as an enormous influence on their music. The band’s 2nd release W​ithin the Prophecy (​1987) pushed S​ACRILEGE​ further into the realm of thrash metal, earning the band increased credibility and prestige in metal circles. S​ACRILEGE ​later moved towards folk and doom with its 1989 LP T​urn Back Trilobite, a ​record that displayed the band’s true versatility and which cemented the band’s reputation for innovation and strong songwriting.

Turn Back Trilobite ​was the band’s last album, as S​ACRILEGE’​s members quietly dispersed after its release and spent time in other projects (including Benediction, Napalm Death, and Morrissey). The band never officially “broke up,” though – SACRILEGE​ prefers to consider its 25-­year break a mere extended hiatus. In July 2014, SACRILEGE ​announced that the band would be getting back into the swing of things and would even be composing a new record, its first in 25 years and a testament to its now 30­-year-old legacy. In celebration of the band’s return to activity within the metalsphere, Behind The Realms of Madness ​is finally being officially unearthed for a wider audience to appreciate, and will be reissued in a deluxe remastered version including seven previously unreleased bonus tracks on both vinyl and CD formats via Relapse Records in November 2015. 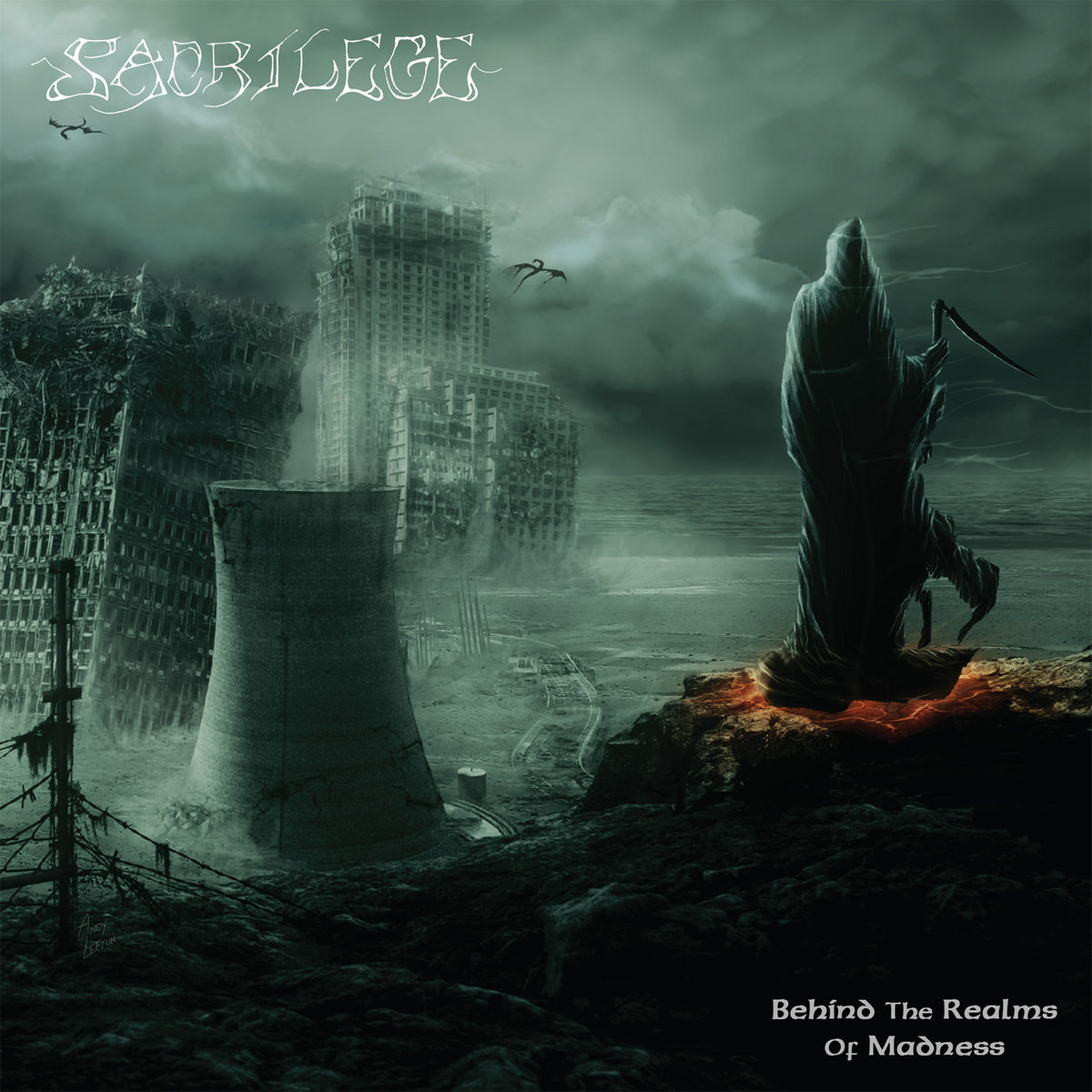 Behind The Realms of Madness Tracklist: