It has been five years since the release of OBSCURA’s universally acclaimed Omnivium album. Now the progressive metal masters return with their strongest and most dynamic release to date. The aptly named Akróasis (Greek for “hearing” or “listening”) draws on all the various elements of OBSCURA‘s signature sound and combines those qualities into a cohesive and mind-blowing whole.

Today the first music video from Akróasis for the title track has been released. It can be viewed on the Relapse Records YouTube Channel HERE.
“With Akroasis, OBSCURA produced their grand opus featuring eight songs of fluent arrangements, odd time rhythm patterns and the most high end production in the history of this band. Without question Akroasis became the heaviest and complex record we made up to this day. Our first music video since “Anticosmic Overload” (2009) features detailed shots of every instrument and the amazing musicianship of our new members.” –says OBSCURA founder and frontman Steffen Kummerer.

Akróasis will be released February 5, 2016 via Relapse Records.  The album will be available in CD, 2xLP and Digital download.  Physical pre-orders for Akróasis are available HERE and digital pre-orders can be found HERE.  A trailer for Akróasis can be seen HERE.
Produced by the band and V. Santura (Triptykon, Pestilence), Akróasis is eight songs diverse enough to serve as a near-comprehensive introduction to all of extreme metal. Packed to the gills with virtuosic musicianship, compelling themes, and airtight songwriting, Akróasis will undoubtedly breathe new life into death metal, progressive metal and beyond.

OBSCURA will provide direct support in Europe for Death DTA on the “European Thoughts Pattern” tour.  The tour kicks off March 24th in Strasbourg, France and runs through April 12th in Riga, Latvia. 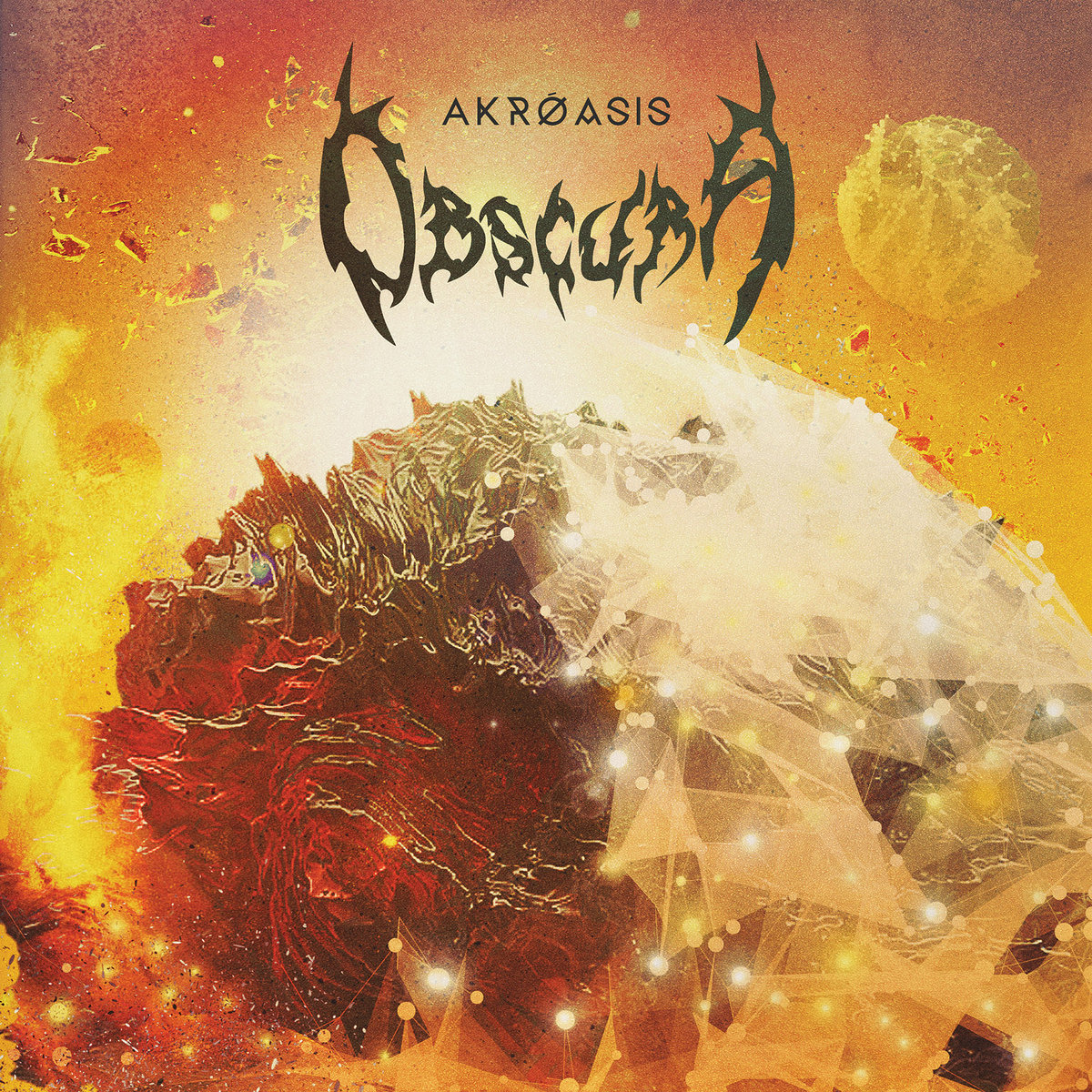 More About OBSCURA:
Founded in 2002 by guitarist/vocalist Steffen Kummerer, German progressive death metal band OBSCURA caused a stir when they – out of nowhere – toured as support for the legendary Suffocation on the band’s European tour in 2006 and independently released their debut album Retribution that same year. From its very beginnings, the band (named after Gorguts’ inimitable 1993 full-length) demonstrated an uncanny ability for blending different forms of technical, cerebral metal into a coherent synthesis of death, thrash and black metal merged with progressive elements.