The time has come! The dark aesthetes at Cvlt Nation are now streaming Darkness Drips Forth, the new album from Finnish death/doom creeps HOODED MENACE, in all of its ghoulish entirety. As the site intones, “Everything in Darkness Drips Forth shows some of the finest, most gruesome doom/death out there…. The majority of their work lies on the infernal domain, and on that they are truly exquisite.”

Decibel Magazine described the song “Blood for the Burning Oath/Dungeons of the Disembodied” is “an epic descent into madness,” and Stereogum debuted the first taste off the new album, “Elysium of Dripping Death,” noting that “There are few bands today playing death-doom of this magnitude (Triptykon and Indesinence are two that come to mind, and that’s intended as basically the highest possible praise). Their music is based around titanic, melodic riffs, proceeding deliberately to towering heights…Hooded Menace’s music does indeed “drip,” like blood or rain — slowly, with increasingly high stakes — while “Elysium” is a mythological afterlife realm reserved for the gods and their relatives and Hooded Menace’s majesty rarely feels anything less than godlike. Listen.”

Recorded and mixed by Chris Fielding (Electric Wizard, Primordial) and the band´s usual sound engineer Mikko Saastamoinen, and graced by decrepit artwork from Justin Bartlett, Darkness Drips Forth sees the band expand their writing across four cataclysmically dense tracks, nearly all of which exceed ten minutes apiece. Cavernous vocals preside over mastermind Lasse Pyykko‘s rumbling riffs, while the rest of the band’s unshakable rhythmic core provides a grim backbone for the record.

The hint of melody HOODED MENACE sought back in their earliest days has fully blossomed into an essential element of the band’s music; Darkness Drips Forth is as melodic as it is devastating and as emotionally disquieting as it is thematically stirring. Funereal, deliberate, and methodical, Darkness Drips Forth is sure to be an essential acquisition for fans of Winter’s crushing doom, the old-school death metal of Bolt Thrower and Asphyx, and the cruel, apocalyptic atmospheres of Dead Congregation and Coffins alike. Just in time for Halloween, HOODED MENACE delivers a gruesome treat to chill your bones and crack open your coffin.

The record is slated for an October 30, 2015 release via Relapse Records, and will be available on digital, CD, and vinyl formats. Preorder the album on CD or special edition vinyl here, or preorder the digital version from Bandcamp here.

HOODED MENACE will also embark on a European tour this December: 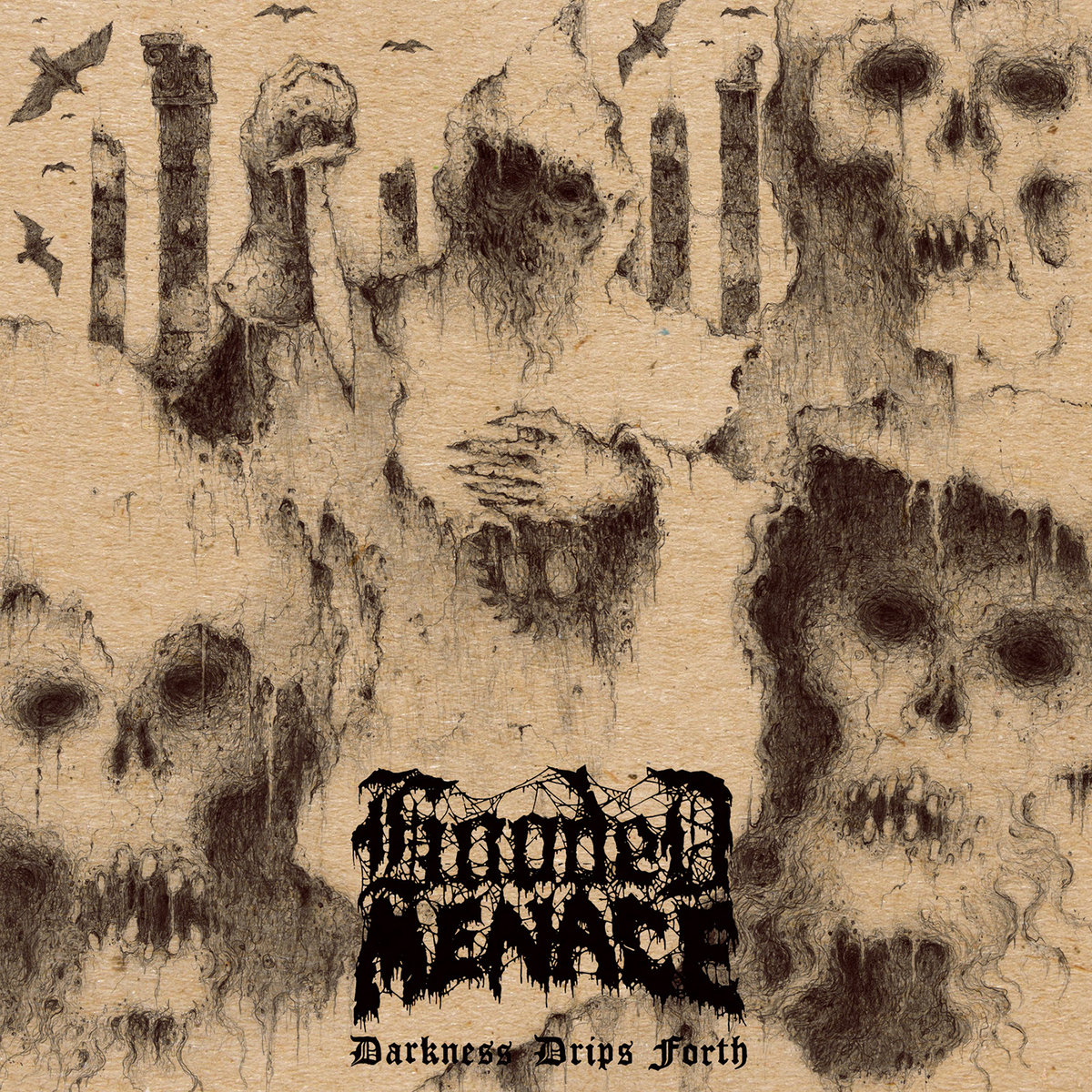