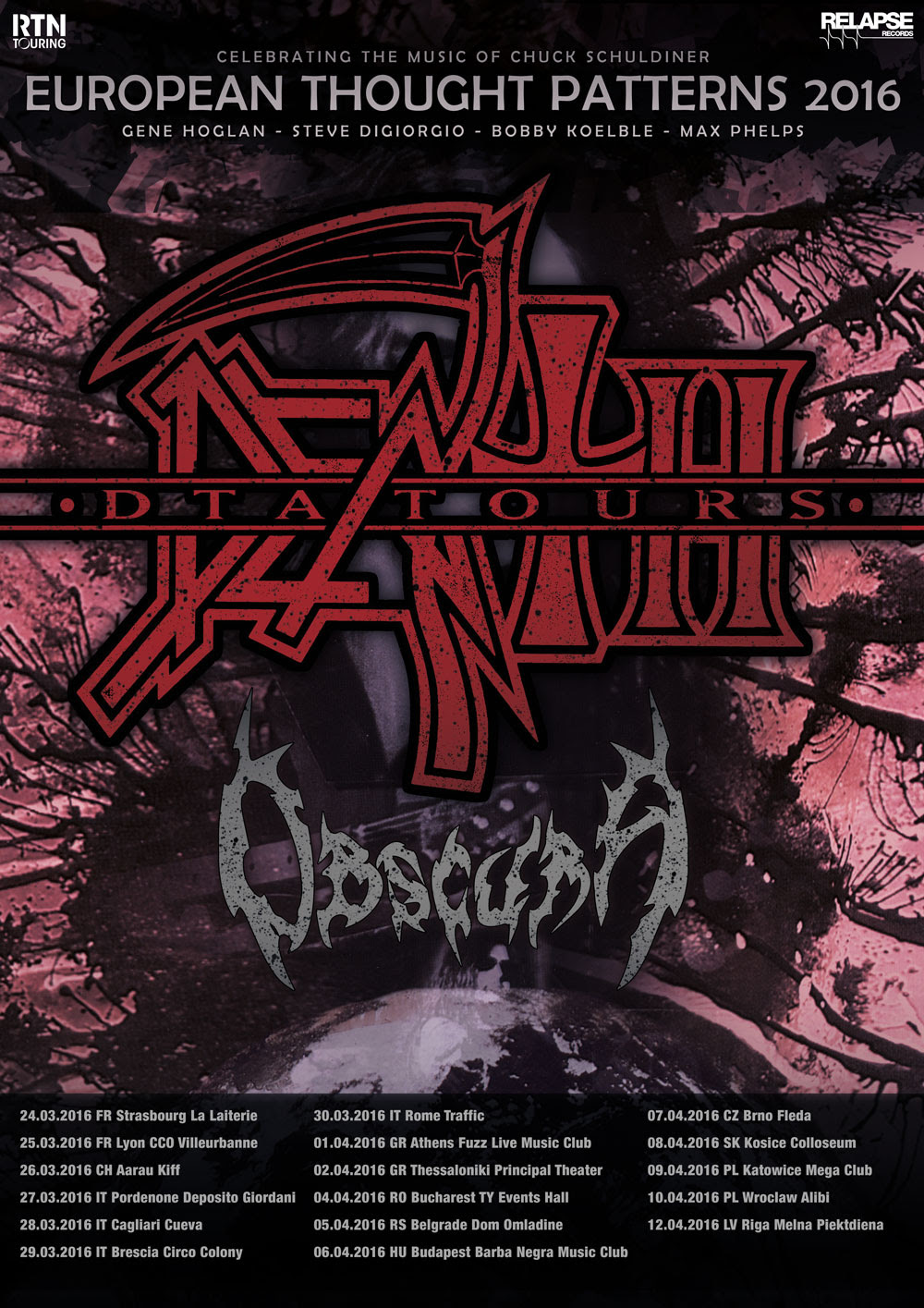 It was 1993 when DEATH cemented their reputation as one of the most creative and innovative progressive metal bands of our time by releasing their 5th studio album Individual Thought Patterns. The album was their most technical and progressive material to date while displaying the full talents of DEATH mastermind Chuck Schuldiner.

In 2016, this legendary album will be brought back to life in the live setting. With their upcoming 2016 Tour, “European Thought Patterns”, DEATH DTA will pay tribute to the masterpiece along with classic cuts from all of the DEATH albums. The DEATH DTA line up will be as huge as in 2015, consisting of Steve Di Giorgio (Death,Testament, Sadus), Gene Hoglan (Death,Testament, Dark Angel), Bobby Koelble (Death) and Max Phelps (Exist), who have joined forces to resurrect those iconic songs, along with many more milestones from DEATH’s legendary history.

The “European Thought Patterns” tour is the latest endeavor in a series of tours that have seen DEATH DTA TOURS performing at dozens of festivals and countries across the globe, and alongside such renowned artists as OBITUARY, CARCASS, KREATOR, and many more.

In celebration of the upcoming tour, Relapse Records will release the first ever, fully authorized DEATH tab book, featuring 21 classic songs tabbed out for guitar from the band’s entire discography. The book, which includes traditional notation as well as tablature, also comes with a digital download of all 21 tracks and will see a release this Christmas via Relapse. Pre-Orders are available HERE.

DEATH‘s storied catalog has undergone a meticulous reissue campaign via Relapse Records which be streamed via the band’s official Bandcamp page HERE.

OBSCURA recently announced the release of Akroasis, their first new album since the release of Omnivium in 2011. A trailer that includes four minutes of new music can be viewed HERE. Akroasis is available for physical pre-order via Relapse AT THIS LOCATION, and can be pre-ordered digitally via OBSCURA‘s Bandcamp page HERE.