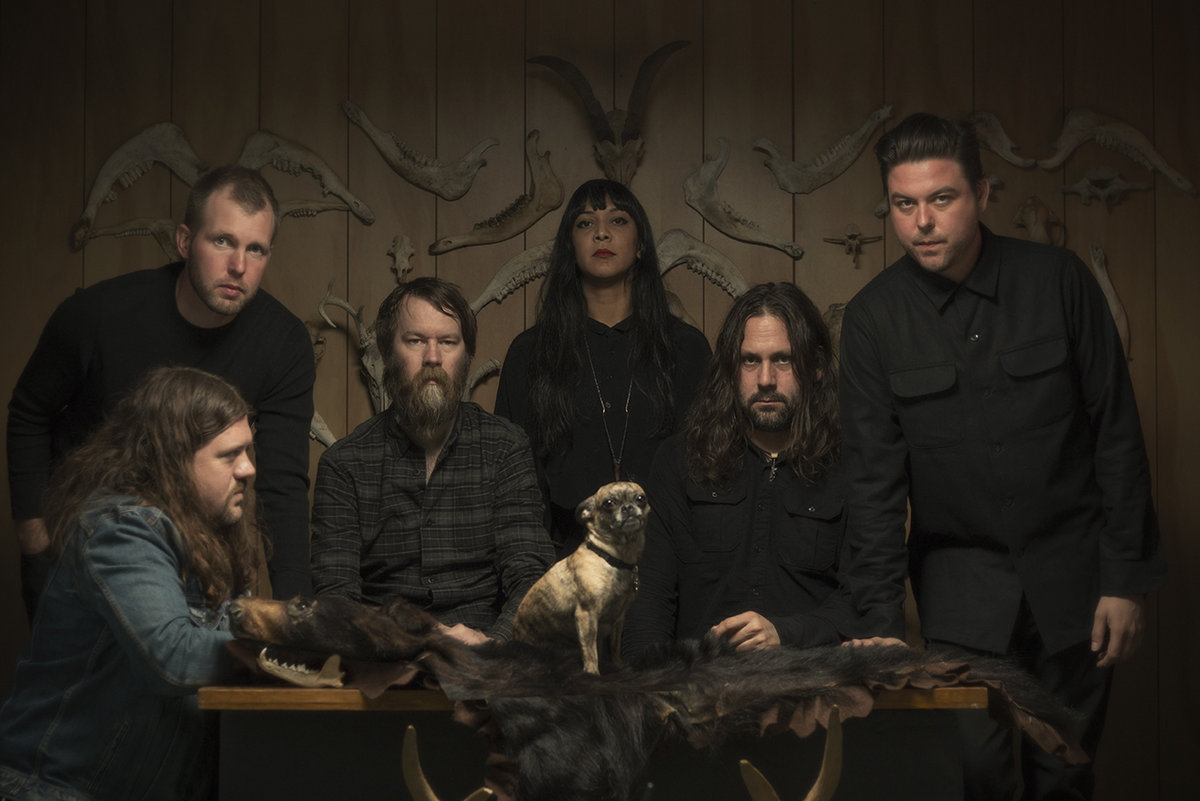 Chicago six-piece experimental ensemble BLOODIEST have announced their sophomore full-length due out January 15th via Relapse Records. Featuring current and former members of Russian Circles, Corrections House, and Yakuza, BLOODIEST have taken the distinctive genre-bending, wall-of-sound heaviness they forged on their debut album Descent to an entirely new level. The album’s first single “Mesmerize” is currently streaming via Noisey (link) who describe the song as “the perfect jumping-off point into Bloodiest’s darkened world”, HERE.

Recorded and produced by Chicago super-producer Sanford Parker (YOB, Minsk) and guitarist Tony Lazzara, Bloodiest is a testament to the band’s cinematic vision. Listeners willing to look into the darkness will find themselves taken on a storm-tossed, cathartic journey—and might even see the dawn after all.

Pre-Orders for Bloodiest are available physically via this location and digitally here.  Stay tuned for tour dates and more information on BLOODIEST.

Info/Bio:
Though the name of Chicago six-piece experimental ensemble BLOODIEST might trick you into thinking that the band’s interests lie with gore-obsessed death metal, that couldn’t be farther from the reality of things. And that’s just the way the band likes it – while BLOODIEST might toe the lines of countless extreme metal genres and are run through with dark imagery, the band, who contain current and former Russian Circles, Corrections House, and Yakuza members, don’t even consider BLOODIEST a metal band. In one sense, that’s totally accurate – there are no blast beats, no subterranean gutturals in the band’s music – but while BLOODIEST’s exterior might not be strictly “metal”, the energy, heaviness, and intensity the band conveys undoubtedly are.

Unlike most experimental metal acts that seek to add spice to their metal with elements of other styles, BLOODIEST take the opposite approach. The band uses metal to harden and sharpen its attack, which at its core is composed more of rock and avant-garde themes than it is of extreme metal. Much like experimental heavyweights Swans or Neurosis, BLOODIEST lean towards the haunting and mysterious, the epic and theatrical, pairing cloying and dense atmospheres with unsettling spaces and voids. But BLOODIEST’s capacity for delicacy, grace, and subtlety, which may even challenge that of those two giants, is what really separates them from the rest of the pack. In 2011, the band released its debut full-length Descent, which was widely praised by publications as distinct as MetalSucks, The Chicago Reader, and The Huffington Post for its uniqueness and black-hole heaviness, and which put the band on the map for listeners of all forms of heavy music.

Now, BLOODIEST are back with their second full-length of ritualistically heavy orchestrations. The self-titled new album takes the distinctive genre-bending, wall-of-sound the band forged on Descent to an entirely new level. Droning melodies, earth-shaking riffs, and trance-inducing atmosphere sounds wrap around one another in a tight, cohesive package. Produced by Sanford Parker (YOB, Minsk) and the band’s own Tony Lazzara and led by the distinctive wail of frontman Bruce Lamont (Yakuza, Corrections House), BLOODIEST have further established themselves as an inimitable force both in and beyond heavy music. As cinematic and cathartic as it is crushing and cruel, Bloodiest is one of the most dynamic and rewarding works modern, forward-thinking music has seen in years.