Georgia swamp metallers Black Tusk have announced a headlining run of US tour dates this September with support from Lazer/Wulf and label-mates Wrong.  A complete listing of dates is available below.

Black Tusk suffered a heavy loss last year with the tragic passing of their brother and bandmate Athon.  The trio had recently completed their fifth full-length record with producer Joel Grind of Toxic Holocaust at Audiosiege Studios in Portland, OR this past September.  The album, featuring the band’s final recordings with Athon, will see it’s release next year via Relapse Records. 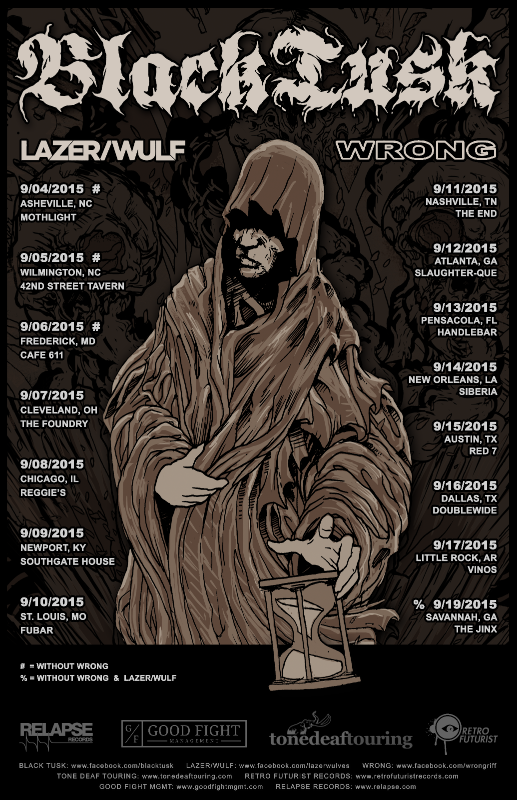