Savannah, GA’s Black Tusk have established themselves as one of the hardest working bands in rock since their formation over 10 years ago. After four full-lengths, numerous splits and EP’s and thousands of shows under their belts, the punk/metal power trio was faced with an immense and unexpected tragedy in late 2014 when founding bassist/vocalist Jonathan Athon passed away after a motorcycle accident in his hometown.

Now, as a testament to his profound and lasting legacy on the heavy music scene, the band are releasing Pillars of Ash, their final recordings with Athon, on January 29th, 2016 via Relapse Records.  Recorded with Toxic Holocaust’s Joel Grind behind the boards and featuring gorgeous artwork by Jeremy Hush (Skeletonwitch, Rwake), Pillars of Ash is the culmination of three brothers-in-arms’ blood, sweat and tears, and is Black Tusk’s finest accomplishment to date. You can stream the first released track from Pillars of Ash, “God’s On Vacation,” via NPR at THIS LOCATION.

Pillars of Ash is available for physical pre-order via Relapse HERE, and can be pre-ordered digitally via the band’s Bandcamp page AT THIS LOCATION.

Formed in 2005 by Athon, guitarist Andrew Fidler and drummer James May, Black Tusk hit the ground running and toured relentlessly on their first EP, When Kingdoms Fall. They kept up a manic pace, recording two more demos (2006’s untitled demo and 2007’s The Fallen Kingdom). Hyperrealist signed on to release their debut LP, 2008’s Passage Through Purgatory, and 2009 saw them churn out a trio of splits with the likes of The Holy Mountain, ASG, and Fight Amp. Soon after, the band signed to Relapse and formed a partnership that lasts to this day, first collaborating on their 2010 breakthrough Taste the Sin and then on their highly ­anticipated 2011 follow up, Set the Dial. Since then, Black Tusk have released a pair of EP’s—2013’s Tend No Wounds and the digital­-only 2014 EP Vulture’s Eye—and kept pounding the pavement in the United States, Europe, and the UK alongside bands like Red Fang, Kvelertak, Down, Municipal Waste, Fu Manchu, Inter Arma, Intronaut, and so many others, as well as being hand­picked to appear on Metallica’s Orion Festival in 2012.

In 2014, Black Tusk hit the studio with their old friend and accomplished audio engineer, Joel Grind, to work on Pillars of Ash. Before they could get their new record into stores and jump back up in their big white tour van, though, the band suffered a setback beyond what most could even imagine.  In November, mere weeks before the band was due to kick off their biggest tour yet, Athon was seriously injured in a motorcycle accident. Several days later, on November 9, 2014, he passed away at the age of 31, leaving behind hundreds of friends, family members, and his beloved dog Cutter as well as his brothers in Black Tusk. Support poured in from fans, friends, and fellow musicians from around the world; stunned, Andrew and James laid down their instruments and tried to process the loss.

For a few weeks, the band’s future was uncertain, but ultimately, the remaining duo made the difficult decision to soldier on and carry on in Athon’s memory. Athon himself could have chosen no better successor than Corey Barhorst, a longtime friend and veteran musician who heads up his own project, Niche, and previously held down the low end for Kylesa. Barhorst initially joined the band as a live member in time for their European tour with Black Label Society, but after that, was welcomed into the fold as a full-­blooded member of Black Tusk. Black Tusk have lived through the kind of hardship and heartbreak that would cripple a lesser band, but it’s that dedication, gumption, and pure bullheaded stubbornness that’s taken them around the world and as far away from the lacey Spanish moss and sweltering streets of Savannah than any of them could’ve dared dream. 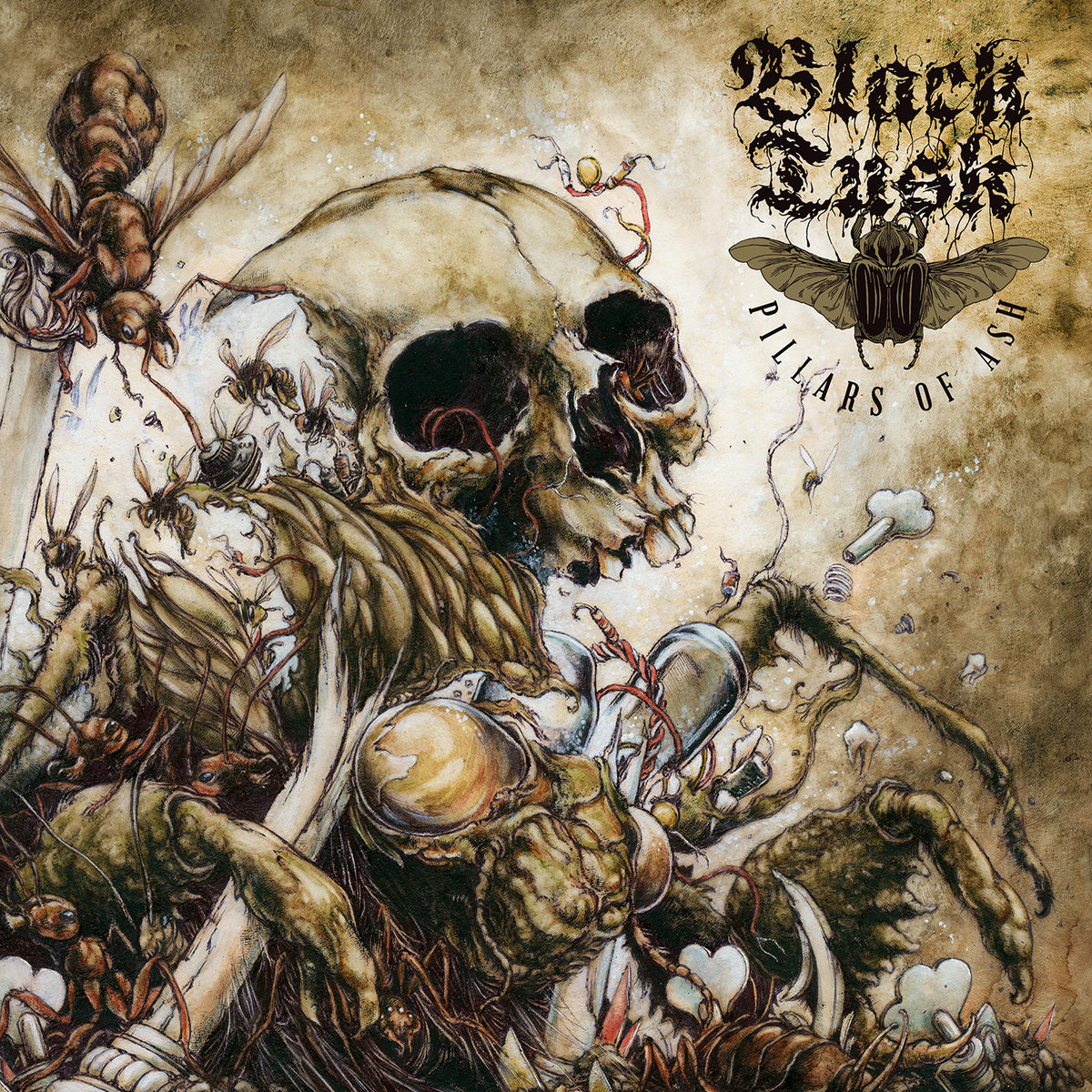